Owners need to embrace change, especially from within

Imagine if your workplace sent you to a training program for innovation. Before you go, your boss tells you, “We are going to need to change with the times, so we’re sending you to learn about how!”

You and your co-workers spend months taking part in this training program.  You ask questions about your job, do research alongside your team members, and make some discoveries. With new techniques in hand, you head back to your bosses. You’re excited to share all of the things you’ve learned.

And in response, your bosses shake their heads and say:

“Right now isn’t the time to be experimenting.”

Frustrating, right? Yet, we’ve seen that exact scenario play out with some of our graduates of NewBoCo’s Intrapreneur Academy and innovation-focused events.

For years, the Academy has been sharing innovation practices with organizations throughout the state. We’ve had plenty of great success stories. Yet, we’ve also encountered a troubling trend here and there. We’ve seen multiple company leaders who are very willing to send staff and employees into innovation training like ours, but they aren’t investing in themselves the same way. If they don’t allow space in their own leadership and strategic focus, it can be demotivating for those employees who went through the training.

Resisting new approaches will also limit an organization’s ability to move into that “next step.” We’re all facing increased uncertainty about what’s coming next, especially after the past year. That’s why I’m not a fan of phrases like “the new normal.” We are evolving as an ecosystem, in Iowa and in the world. Knowing that things are going to be different – but not really knowing how – is a sweet spot for innovative mindsets.

There is always resistance to doing things differently, though. While there are always exceptions, typically, if a business has been operating in a successful way, it sends up red flags in the leaders’ minds if someone else says, “Hey, there’s a different or better way to approach this.” It’s easy to focus on the risk or the potential loss of time or money.

In other words, the mindset automatically goes to loss rather than opportunity.

There’s a mindset shift when it comes to understanding innovation. The phrase “new ideas” can be really scary to some people. But, new ideas don’t have to be completely different than what you’re doing. They could represent a simple adjustment or tweak.

What if we changed the hours that this person works? What if we offered this item for a different price? A new idea could be as simple as turning to the right, just an eighth of an inch, from what you’re doing now.

As leaders, we need to embrace innovation. That innovation may just come from within, as long as we remain committed to hearing it.

Jennifer Murphy is the Director of Innovation Services for NewBoCo in Cedar Rapids. She can be contacted at jennifer@newbo.co. 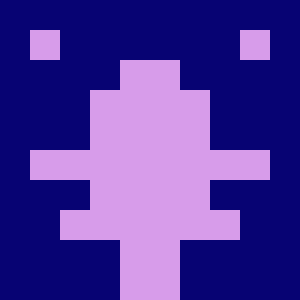 I am a lot of things and I do a lot of things. And I ask a lot of questions. As a Doctor of Executive Leadership and Social Science Researcher as well as Host of the Iowa Innovation Podcast Powered by NewBoCo, I get to do my favorite thing, coax people's potential into reality.

I am a lot of things and I do a lot of things. And I ask a lot of questions. As a Doctor of Executive Leadership and Social Science Researcher as well as Host of the Iowa Innovation Podcast Powered by NewBoCo, I get to do my favorite thing, coax people's potential into reality.
PrevPreviousEntreFEST reveals hybrid format for 2021
NextEntreFEST reveals hybrid format for 2021Next