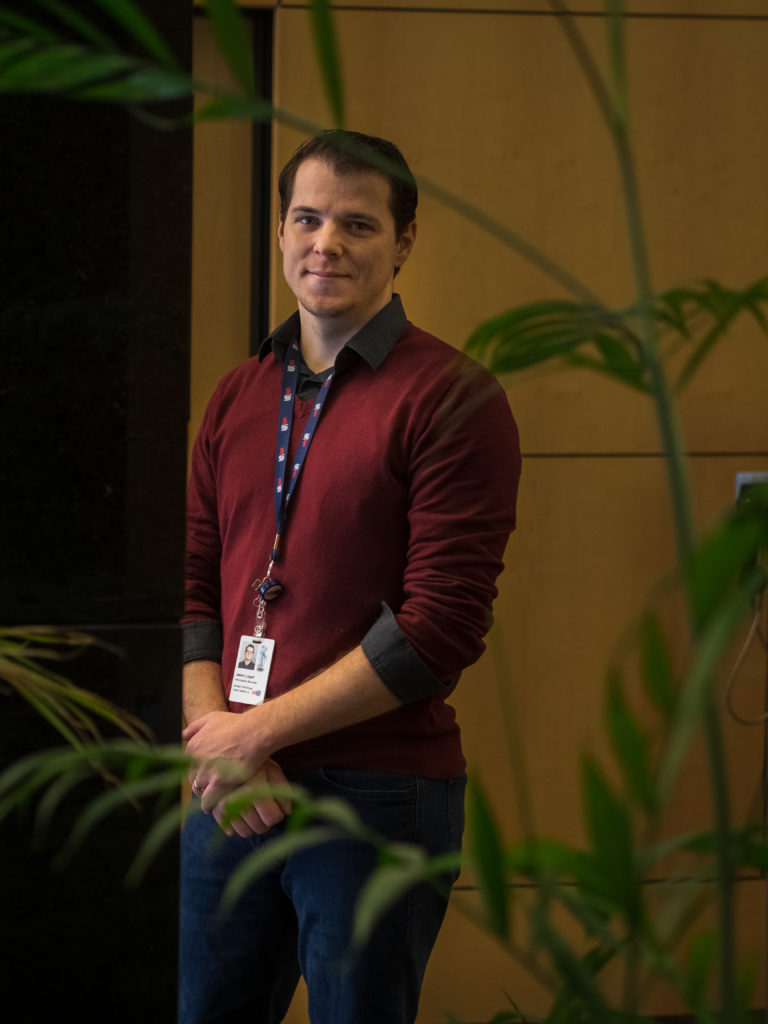 Jason in the lobby of the UFG building in downtown Cedar Rapids.

Meet Jason. He graduated from the inaugural class of DeltaV Code School in 2017. One year later, he’s an application developer at UFG Insurance. He and fellow graduate Dustin were hired by UFG less than two months after graduating from DeltaV.

As DeltaV students, Jason and Dustin spent 20 weeks together sitting desk by desk pair programming, creating software, and reviewing each other’s code. As UFG Application Developers, Dustin and Jason sit back to back sharing a cubicle and depending on the sprint, working on the same project and reviewing each other’s code. While these may paint a similar image, Jason gave us a glimpse into how his life has changed over the last year.

6:50 a.m.: Wake up, get ready for work, barter with his wife to see who feeds the dogs (spoiler alert: it’s usually him).

After work: This extrovert unwinds by being around people at board game gatherings, taking the mic at karaoke, or practicing his poker face.