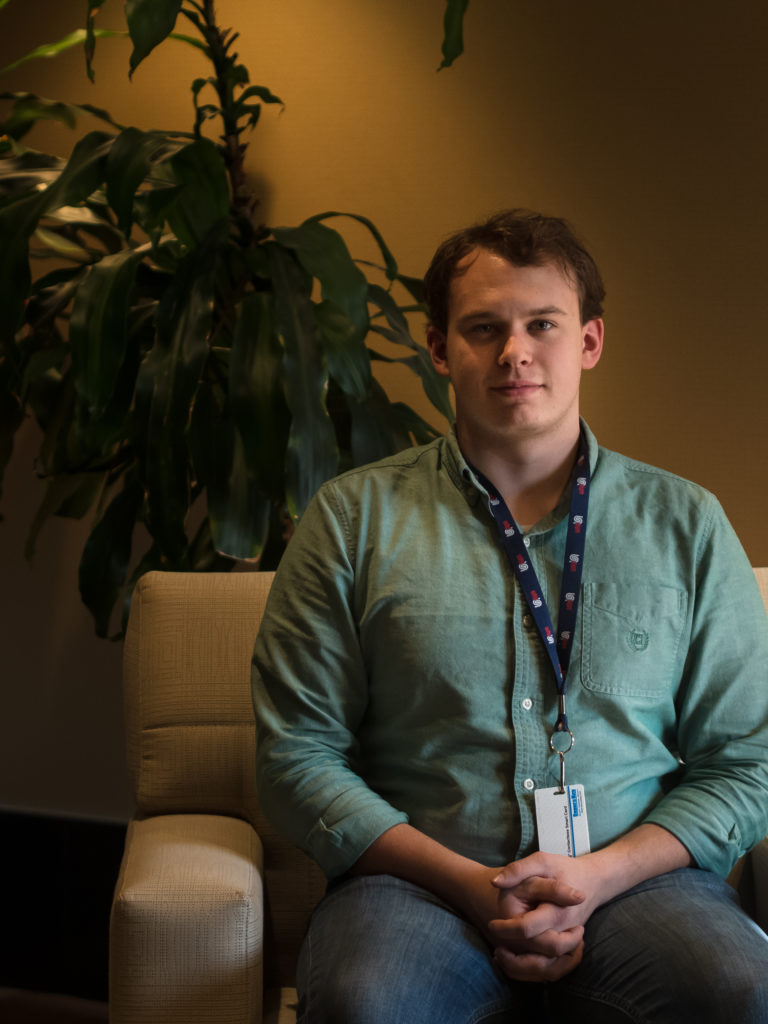 Dustin, a DeltaV ’17 Graduate, works as a Developer at UFG in Cedar Rapids, Iowa.

Meet Dustin. He graduated from the inaugural class of DeltaV Code School in 2017. One year later, he’s an application developer at UFG Insurance. He and fellow graduate Jason were hired by UFG less than two months after graduating from DeltaV.

As DeltaV students, Dustin and Jason spent 20 weeks together sitting desk by desk pair programming, creating software, and reviewing each other’s code. As UFG Application Developers, Jason and Dustin sit back to back sharing a cubicle, and depending on the sprint, working on the same project and reviewing each other’s code. While this paints a similar picture, Dustin gave us a glimpse into how his life has changed over the last year.