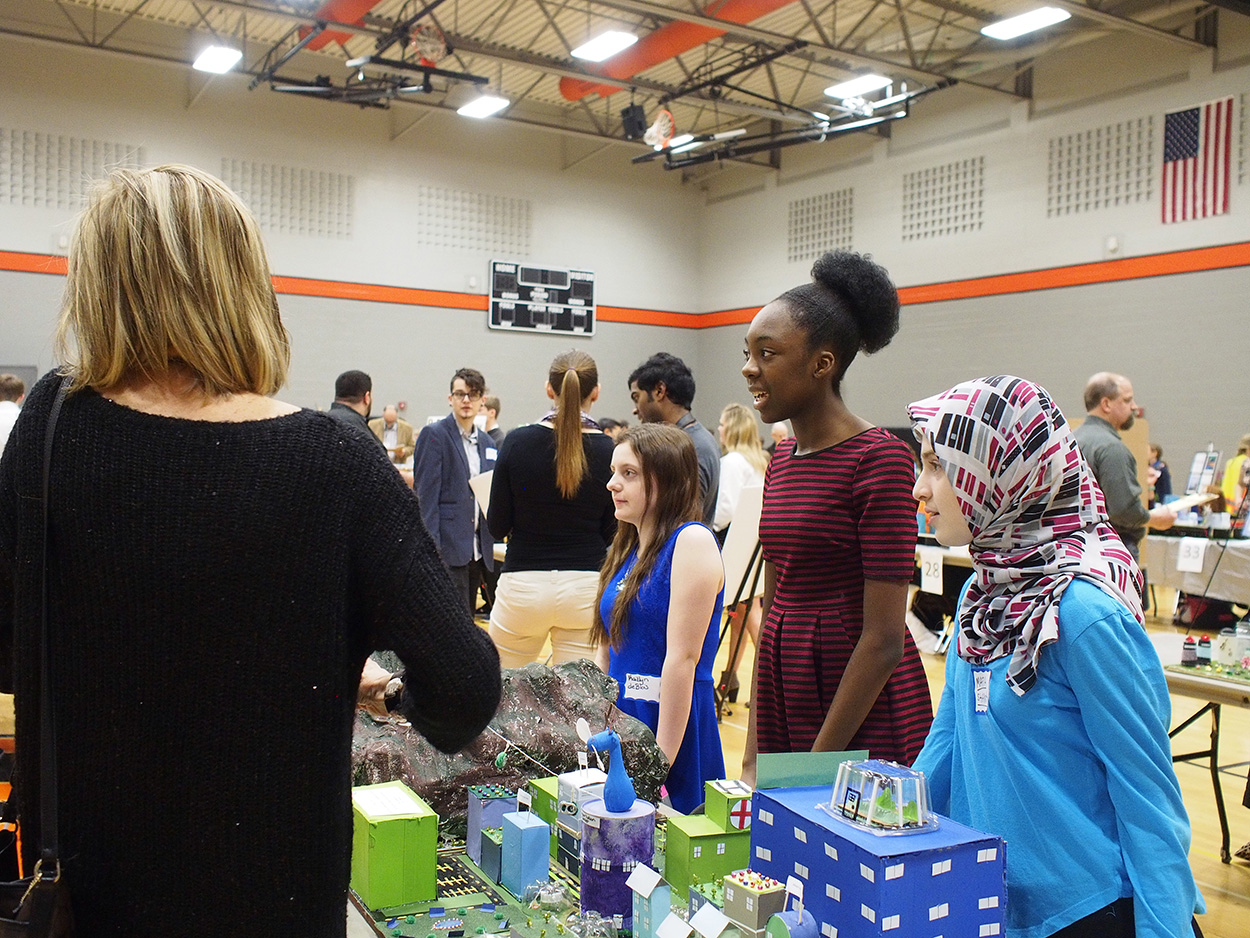 “This year’s theme of an Age-Friendly City is challenging,” NewBoCo K-12 Education Director and Future City Iowa Regional Coordinator Kristine Sorensen said. “The students are not just thinking about sustainability and engineering issues this year. They are tailoring their cities around a particular population of people whose life style they have to understand.”

“I was really pleased this year to hear of a number of our teams taking the time to interview senior citizens. It helps them to personalize and understand how to create a city around necessary and relevant issues.”

The theme of age-friendly city was chosen because the number of older adults will exceed the number of all children under the age of 14 by 2050; due to this trend, the World Health Organization (WHO) developed a framework to help cities become more age-friendly. Middle schoolers across the country are challenged to engineer two innovative solutions that allow their future city’s senior citizens to be as active, independent, and engaged as they want to be.

The Bluhende Stadt Team, made up of Linn-Mar students sponsored by Marion Public Library, visited the staff and seniors of The Keystones of Cedar Rapids, Iowa, in order to do research from firsthand accounts of our community’s resources for our aging population.

According to the Bluhende Stadt Team’s advisers, “the seniors gave enthusiastic responses to the students’ questions. The seniors’ inputs contributed in one way or the other to our mission of making this world a better place for everyone, as part of the Future City project and outside of it.”

Iowans 65 and older make up 16 percent of the state’s population, which ranks 14th by percentage in the nation as of 2015. That group is projected to grow to 20 percent by 2050. Further, according to the 2010 U.S. Census, Iowa ranks third in percent of the population of adults over the age of 85.

The first place team will receive an all-expense-paid trip to compete in the Future City Competition National Finals in Washington, D.C., on February 20, 2017, during Engineers Week.

The judges who will determine the winning model include:

For a full schedule of Saturday’s competition visit the Future City Iowa website.

DiscoverE’s Future City Competition is a national, project-based learning experience where students imagine, design, and build cities of the future.

DiscoverE is leading a growing volunteer movement that inspires and informs present and future generations to discover engineering. Our network of volunteers in the US and abroad is drawn from the DiscoverE coalition of more than 100 professional societies, major corporations and government agencies. Together we meet a vital need: introducing students, parents, and educators to engineering, engaging them in hands-on engineering experiences and making science and math relevant. For more information, visit www.discovere.org.