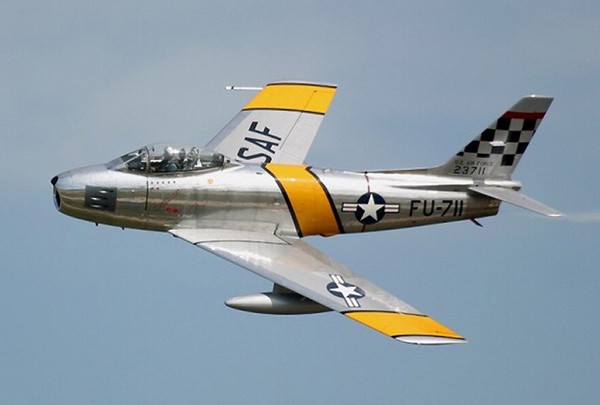 I come from a heavily military family. Both of my parents, my sister, both of my grandpas, and many more of my family members stretching back generations were all in the military. Like most military families, one of our favorite pastimes is ribbing other military groups. Due to their stereotypical (and often true!) lack of humility, fighter pilots were an incredibly easy target for our jokes.

What’s the difference between God and a pilot?
God doesn’t think he’s a pilot.

So, when I learned that Scrum, the most popular Agile framework for businesses, was in part inspired by its co-founder Jeff Sutherland’s experience as a fighter pilot, I was more than a bit surprised. Given how much I like to make pilot jokes and that I’ve been working on a Scrum team at NewBoCo for a year, I had to do some digging.

All jokes about ego aside, it turns out Dr. Jeff Sutherland, the co-founder of Scrum, has actually lived a pretty impressive life so far. He’s been everything from a cutting edge cancer researcher to one of the people responsible for making ATMs mainstream. He has degrees from West Point, Stanford, and the University of Colorado Medical School. He was also one of the original signatories of the Agile Manifesto. If you’ve ever heard “agile” or “scrum” talked about at your office, this is one of the guys you have to thank (or curse, up to you).

“Back then I was just a young jet pilot hoping to survive my required missions. I didn’t know that my flight experience, and the training I’d received on how to think and act in a life-or-death situation, would shape the way I would work for the rest of my life.”
-Jeff Sutherland*

Specifically, Sutherland was talking about the OODA Loop, the training fighter pilots use to control risk. OODA is a weird word to read and say, but “while it may sound funny on the tongue, it’s deadly in war and in business”.* It stands for Observe, Orient, Decide, Act. This training teaches pilots how to take in constant information in an uncertain environment and adjust their strategy as quickly as possible.

The OODA Loop comes from “Mad Major” John Boyd, a fighter pilot ever-so-modestly referred to as the best pilot that ever lived. After serving as a pilot in the Korean War, Boyd taught as flight instructor at the USAF Weapons School. Legend has it that he could take down any pilot facing him in 40 seconds, and, like most fighter pilots, he wasn’t shy about bragging about it.

Boyd saw aerial combat as a continuous loop: you had to observe the situation, orient yourself not only to where you are but also what outcomes are possible, decide what to do, act on your decision, and then use the observations from your action to repeat the cycle again. The faster you could work through this continuous loop, the higher your chance of success was. According to Boyd, “he who can handle the quickest rate of change survives.”

Boyd created the OODA Loop as a response to an unanswered question about aerial combat in the Korean War. In the Korean War (and later on in the Vietnam War), American pilots faced off against pilots in Soviet made aircraft. The Soviet made planes were faster, more maneuverable, and more technologically advanced. But, according to most accounts, American pilots were able to hold their own and win most of the dogfights they were in.

At first, the American’s success just didn’t make sense. Boyd stayed up for days trying to explain it and couldn’t figure out an answer. By all measures, the Soviet planes should have absolutely pulverized the Americans in every match they were in. But they didn’t.

And then he figured it out. Due to two design choices, American pilots had the ability to see better and respond more quickly than their enemies. Their cockpits had fewer blind spots due to their bubble design and their controls were fully hydraulic, whereas their counterparts in the Soviet made planes had controls that were much harder to move. It didn’t matter that the Soviet planes were more advanced in every other way. In OODA Loop terminology, the American pilots could observe more and act faster.

Boyd applied the lessons he learned from the OODA Loop to the design of the F-15 and F-16, the two most widely used fighter jets in the last 40 years. Both are designed so that pilots can see more and react faster, making it possible to repeat the OODA Loop rapidly.

And that’s how we get back to Scrum. Scrum is an organizational framework designed to help your business see more and act and react faster. It gives businesses “the ability to adjust on the fly to a constantly changing world”.* With specific time boxed meetings, roles, and planning, Scrum takes what makes the OODA Loop work for fighter pilots, and translates it effectively into business success.

“At its root, Scrum is based on a simple idea: whenever you start a project, why not regularly check in, see if what you’re doing is heading in the right direction, and if it’s actually what people want? And question whether there are any ways to improve how you’re doing what you’re doing, any ways of doing better and faster, and what might be keeping you from doing that.”
– Jeff Sutherland*

There’s a lot of jargon in the diagram above, so let’s simplify things a bit.

Scrum teams do an OODA loop on daily and weekly bases. At the beginning of a week (or a “sprint”, which can be anywhere from 1–4 weeks), Scrum teams look at all the work that needs to be done, which is documented in the product backlog. They then see how much of that work would be possible to do in the upcoming week and what barriers might be in their way. After orienting themselves, they decide what work they’re going to commit to do. And then, they do it. Each day they check in with each other during a 15 minute meeting (known as the Daily Scrum or Daily Standup) where they’re committing to do that day. They also say what they did yesterday and what, if anything, got in their way and prevented them from doing what they had committed to doing. At the end of the week, the team holds a retrospective meeting. In this meeting, they candidly talk about what went well, what went poorly, and what they can do to make things better next week. Much like a fighter pilot going through OODA loops, a Scrum team uses continuous feedback from their observations to make informed actions quickly.

Sutherland’s military training taught him the value of rapidly making decisions and acting on them based off of real time feedback. If you couldn’t respond to a constantly changing environment as a fighter pilot, things weren’t going to end well for you. The same is true in business. You need to have a framework in place that forces you to see what’s changing in your surroundings (i.e. the marketplace) and act on a plan to respond to it. Scrum makes it far easier to do that.

Learning more about the origins of Scrum isn’t going to stop me from making pilot jokes, but I have to admit that Scrum is a lot more badass than I originally thought.

Interested in taking your Scrum skills to the next level? NewBoCo is offering the opportunity to become a Certified Scrum Master or Certified Scrum Product Owner. Trainings like these don’t happen very often — especially not in Eastern Iowa.

Each training is facilitated by Certified Scrum Trainer Jason Tanner. The process to become a Certified Scrum Trainer takes a lot of time and effort, as a result, there are only a few hundred people like Jason qualified to give CSM and CSPO trainings in the entire world! If you’re interested in helping your company become more Agile, this isn’t an opportunity you want to miss.

Also, Scrum was created by a veteran, and we proudly offer a 50% discount on this training for veterans. You can contact our Agile Coach, Nate Adams (nate@newbo.co) to learn more!